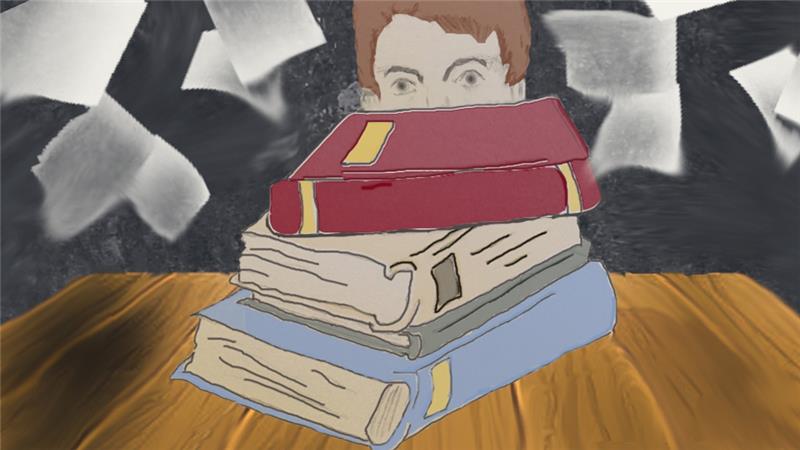 After reading about the war in Bosnia, the children wanted to travel there. They just needed my help, they explained.

Egyptian war correspondent Yehia Ghanem continues his series of stories on the wars he has covered and the people he has met along the way. Here he recounts his meeting with a group of Egyptian children who were hoping he would take them to Bosnia with him. Read the rest of the series, Caged, here.

I could clearly hear the sound of an incoming shell heading towards me from the direction of the hill held by the forces of the infamous Bosnian-Serb leader Radovan Karadzic. Beneath my bullet-proof vest, my sweat-soaked shirt clung to my chest and my heart pounded, each beat louder than the one before. It was coming but I couldn’t move. I was inexplicably glued to the spot.

Just as it hit, I bolted upright. I looked around to observe the damage it must surely have caused to the shelter I used whenever the shelling was particularly intense but, instead, saw the familiar outline of my own room.

It took me a few moments to realise that it had been a dream and that I was, in fact, back in Cairo, sleeping in my own bed. I’d left Bosnia three days before, but the things I’d witnessed there – the brutality of war and genocide – had seeped deep into my subconscious. Looking back on it now, I clearly displayed the symptoms of Post-Traumatic Stress Disorder (PTSD), but I wasn’t familiar with the multiple manifestations of trauma.

In three hours, I’d have to leave for the head office of the newspaper I worked for, Al-Ahram, in downtown Cairo to discuss the logistics and finances of my next assignment to Sarajevo, the beautiful, besieged capital of Bosnia. I tried to go back to sleep, my sweat drying on my skin, but it was no use. So I got up, made some coffee, smoked a cigarette and headed out into the early Cairo morning.

I took a cab to the office and watched the rain as it snaked down the window. Closing my eyes, I recalled the bitter cold I’d left behind in Sarajevo and was grateful for Egypt’s merciful winters.

As I waited at the office for the editorial and management teams to arrive, a junior colleague told me there was a call for me. I wondered who it could be, only my mother knew I was back.

When I picked up the receiver, I assumed the voice on the other end belonged to a girl until it angrily corrected me.

He could have been no older than 12, I thought. But Mohamed wanted to discuss some of the things he’d read in my articles.

As he spoke, I listened to him with growing attentiveness – puzzled and impressed that somebody so young should have been so closely following the Bosnian war.

With some of his friends, he’d set up a reading club, he explained. In it, they read and discussed news articles, and mine from Bosnia were at the top of their reading list.

We talked almost an hour, then Mohamed asked if I would meet him and his friends.

I agreed, and suggested that he come to the Al-Ahram office the following day.

He covered the phone receiver and whispered to his friends. Eventually he replied: “We would prefer to meet with you away from Al-Ahram.”

“To keep away from the eyes of security,” he replied hesitantly.

I was shocked. I’d never imagined a child being so afraid of the country’s security forces.

“Fear nothing, Mohamed, invite all your friends and come to my office,” I told him.

‘Take us to Bosnia with you’

The next day, my young readers waited for me in the lobby. There were six of them, ranging in age from nine to 12. Mohamed, who had large black eyes and pitch-black hair, seemed to be their leader. I took them to the journalists’ cafeteria, where we talked at length about the latest developments in the war in Bosnia.

Eventually, Mohamed revealed the purpose of their visit.

“It is obvious you know the ways in and out of Sarajevo and we want to accompany you on your next trip,” he told me in complete seriousness.

I was startled by the request, but before I could even finish asking why, Mohamed continued: “To help free our brothers.”

He continued to explain their reasoning. These children were prepared to give up their own comforts, childhoods and, perhaps, even lives to pursue the freedom of others.

I thought for a moment about how to respond. I knew I would have to gently refuse without offending them or belittling the genuine concern they felt for the victims of the war.

I began by describing the military situation there and how the besieged Bosnians were sorely lacking in weapons. As I started to explain that their presence there would be more of a hindrance than an asset because the Bosnians would feel compelled to assign fighters to guard them, I could see the frustration and disappointment settling upon their young faces.

They all began to talk at the same time, scrambling to present their case. But eventually they resigned themselves to the one I had given them.

“Since we will not be able to help the Bosnians fight to win their freedom, you might as well take the money we saved for our trip as a small contribution,” Mohamed said, handing me a small bag.

I asked how much was inside.

“Did you get your parents’ approval to give this money away?” I asked.

The money was theirs, they explained angrily, saved from their allowances over the past two years.

I insisted that they first get their parents’ approval and then, if they agreed, give it to some humanitarian organisation instead.

Eventually, three hours after they’d arrived, I escorted Mohamed and his friends to the main gate of Al-Ahram.

I watched as they walked away, heading towards downtown Cairo, Mohamed in the middle, like some kind of political leader surrounded by his people. I wondered what it would take for him or one of his friends to one day be just that, in a country that had been politically and socially sterilised by dictatorship.

Chronicle of a caged journalist is a series of excerpts from a forthcoming book.

From Mohamed to Mordechai: Waiting for a New Generation