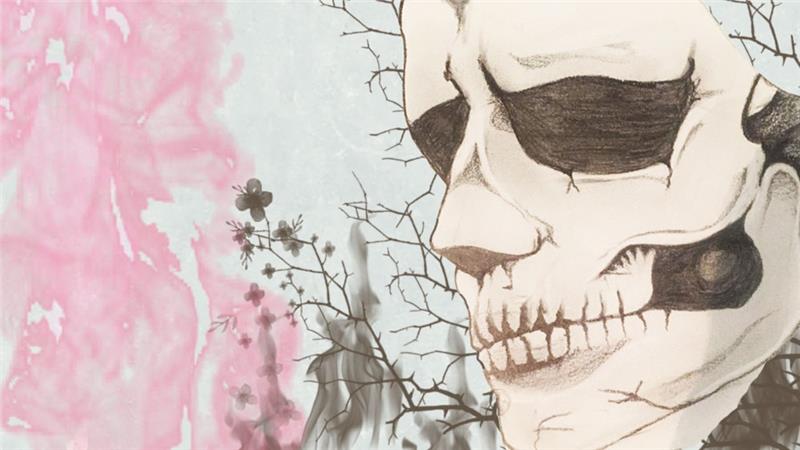 Ahmad Shah Massoud and the young Arab prisoners of the war between the Taliban and the Northern Alliance in Afghanistan.

Egyptian war correspondent Yehia Ghanem continues his series of stories on the wars he has covered and the people he has met along the way with his account of meeting young Arab fighters captured while fighting in Afghanistan. Read the rest of his series, Caged, here.

In the autumn of 1997, it was unusually cold in Afghanistan’s Panjshir Valley, 150km north of the capital, Kabul. It felt as though the nearby Hindu Kush mountains were willing gusts of bitter wind directly upon us.

I was on a small island in the middle of the Panjshir River, to which I’d been taken by the legendary leader of the Northern Alliance, Ahmad Shah Massoud, talking to young Arab prisoners of war who had been captured while fighting for the Taliban.

I wanted to know how they had come to be in Afghanistan – both in terms of who had recruited them and how they had gotten here.

Some of the prisoners spoke freely; others refused to talk at all.

But among those who did speak, there was a recurring theme: they had imagined that they were pursuing a quest for freedom in Afghanistan – something they had been denied in their own countries – only to discover that it was a mirage. What they had thought of as some kind of holy mission had seen them become pawns in a larger game of partisan issues that were entirely foreign to them.

The traditional route used by Arab fighters heading to Afghanistan during the 1980s typically began either in Saudi Arabia, Egypt or Algeria and then continued through Peshawar in Pakistan. But as I talked to these young Arab prisoners, I was shocked to learn that Turkey had become a hub through which these Arab fighters passed. It came as a surprise because the country was, at the time, controlled by the staunchly secularist military.

‘Money and paradise – an irresistible offer’

“Life has become so difficult in Egypt; my family could hardly provide the basics for me and this resulted in me having to drop out of high school,” a 19-year-old Egyptian prisoner explained. “Finding work that would let me support myself was very difficult, let alone having to find enough work to support my parents.”

“One day someone approached me through a friend and started talking to me about gaining both this life and the one after, meaning getting some money for a better life on earth, and in the event of me dying while fighting, I would be guaranteed to inherit paradise,” he continued. “[It was] an irresistible offer and so I ended up as a fighter and, soon after, as a prisoner.”

There were many like him. Their main motivation to fight in a foreign land had been the socioeconomic disenfranchisement they had encountered in their own. But the offers made to them had been wrapped in religious terms – the promise of paradise.

There were others, however, whose motivation was purely political.

“We came into this life to see our parents being insulted, repressed and oppressed all the way and all the time,” said one of the prisoners, Abdel Rahman, as others gathered round him, signalling their agreement. “We also learned that their parents and grandparents had suffered no less.

“We decided that we should not be silenced. When we raised our voices we were repressed harshly, humiliated, insulted and some of us served sentences though still legally children,” he continued.

“Therefore, we decided to fight our way to freedom away from our home countries ruled by ruthless tyrants. Regardless of captivity, if we ever have to do it again, we will,” he concluded, punching the air.

Ismail’s plea: ‘Do not forget me’

I spent the whole day moving from one group to another – sitting with some young Arab prisoners who would not utter a word and others who seemed unable to stop talking. Many cried like children – most, in fact, were.

They wanted to go home, some said, but were afraid of being returned to prisons in their own countries. Some told stories of the torture they had already endured in those places.

They had come here to fight for justice and to regain their freedom and dignity, some told me.

As I was about to take the boat back to the mainland, Ismail, the 17-year-old Egyptian I had first spoken to on the island ran up to me. Holding my arm, he begged me not to forget about him and pleaded with me to ask Massoud for his freedom.

To leave him behind felt unbearable, but all I could do was promise him that I would try not only to secure his freedom but the freedom of all those on the island with him.

Massoud had invited me to dinner that evening and it was 8pm when I arrived at his home.

We ate together and then began the conversation that I had been waiting for since the night before, when I had first questioned him about the Iranian prisoners of the Taliban I’d encountered while reporting from that side of the conflict.

“I guess now you know why I didn’t answer your questions last night about those Iranian Revolutionary Guards who fell into captivity with the Taliban,” he said.

“After meeting your own fellow Arab fighters in captivity, you should know that we, in the Northern Alliance, are not the only party getting outside help,” he continued.

“Sir, those Arabs are not much in the way of fighters,” I responded. “Legally, they are children and should be treated as such.”

“Whoever carries arms is a fighter, regardless of their age. But because of their young age we are being very considerate to them,” he replied, his tone both firm and compassionate.

“Sir, would you allow me to plead for the freedom of those children? Keeping those children in captivity will not serve any purpose and I don’t believe that the Taliban will show any interest in releasing any of your POWs in return for the release of those Arab children,” I implored him.

“How can I release them when their own governments don’t want them back?” he asked. “If I keep them I do so out of mercy because these children, if sent back to their homes, would be sent to their doom. At least you can rest assured that I won’t harm them here.”

I had seen for myself how those we term “terrorists” are not born, but bred – in these cases by the dictators who ruled their countries.

I thought of these young prisoners often as I sat in my own cage in a Cairo courtroom, and I think of them still, as I sit here in exile. Their stories remind me that we shall all remain caged until freedom is universal.