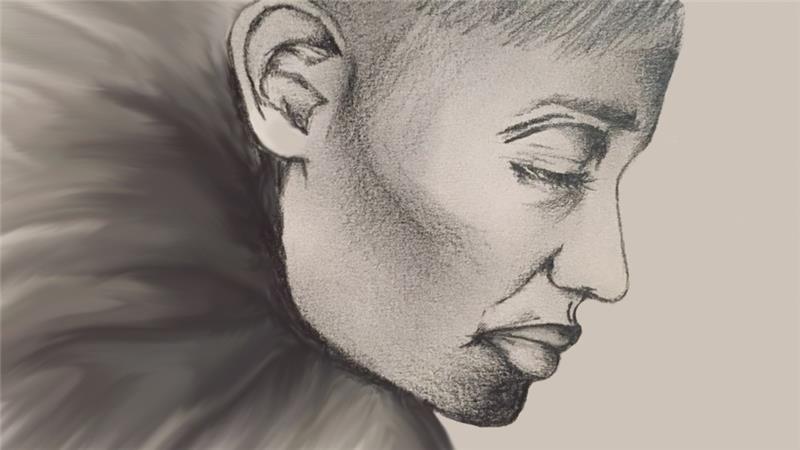 ‘Don’t leave me here, take me back home with you,’ pleaded the 17-year-old Egyptian prisoner of the Northern Alliance.

Egyptian war correspondent Yehia Ghanem continues his series of stories on the wars he has covered and the people he has met along the way with his account of meeting the legendary Afghan leader Ahmad Shah Massoud and interviewing a 17-year-old Egyptian prisoner of the Northern Alliance. Read the rest of his series, Caged, here.

“Don’t leave me here, take me back home with you,” the trembling 17-year-old pleaded as he held on to my arm.

I could do nothing other than stare back at him.

We were on a forgotten island in the middle of a river in the Panjshir Valley, 150km north of Kabul in north-central Afghanistan.

The moment I’d sat down with him, he had started to cry. He’d learned his lesson, he said, and would never again “set foot in this strange land” – if, that was, he was ever allowed to leave it.

Eventually, I’d settled in the Panjshir Valley near the Hindu Kush mountain range. It was the bastion of the legendary Northern Alliance leader, Ahmad Shah Massoud. I would often watch him as he walked through the valley. On one of these occasions, he stopped to talk.

During our discussion, I told him about how, during my time with the Taliban, I’d had a chance to meet with and talk to some of their prisoners. Among them were members of the Iranian Revolutionary Guard, who had either been military advisers to the Northern Alliance or had fought alongside them.

He listened to me attentively as I told him of this, and then told me that it was time to sleep.

I was surprised as it was still early. But before we parted to sleep, he promised me that he would answer my questions about whether Iranians had been fighting alongside the Northern Alliance in the morning.

A little before 5am the next day, I found myself sitting beside Massoud in his Humvee as we drove across rough terrain towards the Panjshir River. When we arrived, Massoud instructed his men to take me to a small island we could see from the river bank.

Before he left, Massoud turned around and told me: “You can spend the whole day on the island and then we will talk about the Iranians when we meet tonight.”

I couldn’t work out what this unexpected trip to an island could possibly have to do with our conversation the night before. But when we reached it, I froze. There were young men scattered all over. Some sat in groups; others on their own. Some looked as young as 16; few could have been older than 20. And most seemed to be Arab.

The guards agreed when I politely asked them if I could speak to their young prisoners in private. The first gestured to me.

Seventeen-year-old Ismail was from Egypt.

“You are Egyptian, aren’t you?” he asked me, part excited, part concerned.

“Are you with the security?” he asked me without answering my question.

I assured him that I was, in fact, a journalist reporting for the Egyptian newspaper Al-Ahram. And then, to reassure him further, I produced my press credentials and showed him my passport, in which my profession and employer was recorded.

He burst into tears. I hugged him as he cried inconsolably.

We sat under a tree together for some time before I was finally able to calm him down.

“What brought you to Afghanistan?” I asked Ismail.

“I swear to God, they are the ones who brought me here,” he told me, trembling.

“Listen to me, Ismail, I am not against you, although I am against you being here,” I said. “Fear me not son, I just want you to assist me by answering my questions so that I can try to help you.”

“I saw the guards treating you with respect. Are you journalists always treated like this?” he asked.

“Not always, son,” I answered. “However, I believe they are treating me this way because they saw I am being taken around by their leader, Ahmad Shah Massoud,” I laughed.

“Are you a friend of the ‘Amr Sahib’ [a Dari title given to Massoud that means ‘commanding master’]?” he asked excitedly.

“Not really, but I think the man likes me. However, let’s not waste time. Which part of Egypt are you from? How did you end up here and what for?” I asked him.

It was the beginning of some of the most heartbreaking interviews I have ever conducted during my career as a journalist.