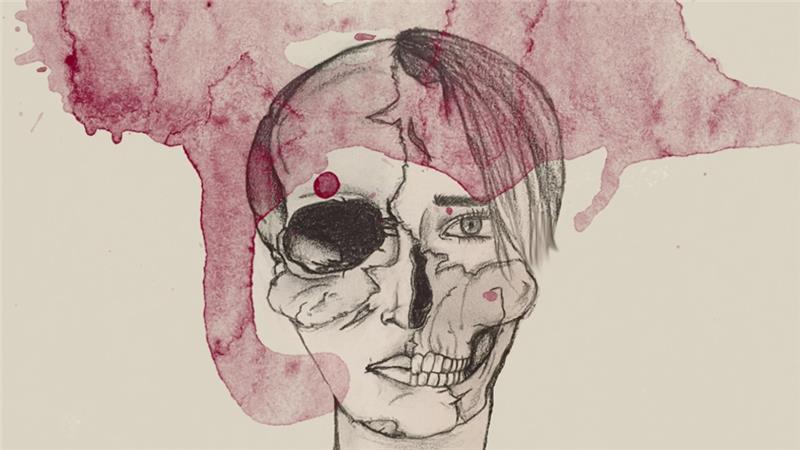 Over strong Arabic coffee, journalist Yehia Ghanem learned of the motivations of foreign fighters in the Bosnian war

Egyptian war correspondent Yehia Ghanem continues his series of stories on the wars he has covered and the people he has met along the way with this account of a meeting with Arab Mujahedeen fighting in the hills of Bosnia. Read the rest of his series, Caged, here.

Aside from the growing negativity towards the US in Afghanistan, its role in Bosnia had also come to be viewed suspiciously. In the autumn of 1994, during my coverage of the war there, I received information from a reliable source that bands of Arab Mujahedeen had arrived from Afghanistan seven months before. They had been able to keep a low profile as they remained in a part of the country with the lowest number of UN peacekeepers.

They were fighting on the side of the Bosnians, but when the information was later leaked by some Serbian prisoners, the Bosnian government categorically denied it. Their denial made sense: to acknowledge what was, anyway, known by just a few, might have risked the West being even more indifferent to the Serb massacres of Bosnians than they were already perceived to be.

The Arab mujahedeen were known by Bosnian military officials to be top-notch fighters – partly because of their previous experience in Afghanistan – and within just a few months their presence on the battlefield appeared to be making a significant difference for the embattled Bosnians. The Serbs referred to them as the “black death” on account of the black fatigues they wore and their ferociousness.

When I learned of their presence, I spoke to the Bosnian leadership and asked to be taken to their primary areas of operation. My intention was not to report on their role there, but to record it for history, I explained. This line of reasoning seemed to work and I was permitted to meet them.

Getting there entailed a long journey out of the besieged city of Sarajevo through a secret tunnel that had been built covertly by the Bosnians. It ran from the Bosnian-held territories on the outskirts of the capital, under Sarajevo airport, to the far side of Igman mountain plateau and then off to the north.

Coffee and the crusades

Once there, I met Abu Al Walid, the Algerian leader of a band of 25 mujahedeen who were fighting in that part of Bosnia. Some of his men were Algerian; others came from elsewhere in the Middle East.

It was an unusually cold autumn night in 1994 and we sat around a fire, drinking strong Arabic coffee, on one of the many hills surrounding the city of Zenica, 70km north of Sarajevo.

Abu Al Walid had a face that looked as though it had been carved from stone. He seemed to be in his early 40s and had spent six years fighting in Afghanistan. He was well-mannered but fiercely disciplined, and his men, who ranged in age from their mid-20s to early 40s, were like copies of their leader.

We spoke animatedly. They were clear about who they considered to carry the ultimate responsibility for the massacres committed by the Serbs in Bosnia: the West, led by the US.

From their perspective, the US could have stopped what they considered to have been a four-year massacre of the Bosnians at the very beginning. Their logic was simple: when the West had wanted to put an end to Serbia’s war against Slovenia in 1991, it had taken them just a matter of days. It had taken a few months to end Serbia’s war against Croatia. This, they reasoned, was the West teaching the Croats an overdue lesson for siding with the Nazis during World War II. But, as the Croats were Christians, such a lesson couldn’t be permitted to drag on for too long. In contrast, Abu Al Walid argued, the Serbs “were given four years to finish off the Bosnian Muslims”.

To argue with him or his fighters felt a little like getting into a ring with multiple heavyweight boxers. I’d dance around, trying to dodge their punches while occasionally attempting to land with a jab of my own – always cautious not to aggravate my opponents and conscious of the fact that I had no support among the audience.

Abu Al Walid concluded his case by reminding me of the Medieval Crusades, talking about them, as so many Arabs do, as though they happened not centuries ago, but mere years. He navigated a path from the brutality Arabs – Muslim, Jew and Christian – had endured then, to the oppression they continued to experience at the hands of their Western-backed dictators.

I raised the complaints I’d heard about his men – their refusal to bring back prisoners of war for the purpose of gathering intelligence or exchanging them for Bosnian civilians, their decision not to wear Bosnian army fatigues. A smile crept across his face, highlighted by the flames of the fire.

“As for being indifferent to bringing back Serb prisoners, it is a calculated policy that aims to deliver a clear message to Serbian soldiers,” he explained.

“If they execute their generals’ orders to massacre Bosnian civilians, they will be ruthlessly butchered once they fall into our hands,” he said.

He wanted Serbian field officers and soldiers to think carefully about their superiors’ orders before acting on them, he continued.

And, he insisted, their approach had paid off. “The frequency of massacres committed by Serbian field soldiers dropped drastically,” he proclaimed proudly.

“As of now, the policy will change,” he conceded, his smile growing bigger still. “We will bring back military Serb prisoners of war.”

What they wouldn’t do, however, was abandon their all-black uniform.

Black had become “synonymous with death”, he explained, thus shaking the “morale of the Serb aggressors”.

They also refused to follow Bosnian army orders regarding which arms they should use on the battlefield, he added. Their objective, he explained, was often to take control of the enemy’s arms depots so that those weapons might be supplied to the under-armed Bosnian army. Using heavy arms risked destroying the very weapons they hoped to capture, so they preferred small arms.

“We accept risking our lives for the sake of providing arms for the Bosnians,” he concluded, putting out the fire.

It was time to hit our beds – sleeping bags on the ground in the woods.

My mind buzzed with questions I still wanted to ask him, and I contemplated how I might persuade him to let me speak to one of his Serb prisoners of war. What did they think of these non-Bosnians against which they were now fighting, I wondered?

‘We fight to live – they fight to die’

I got my chance to find out the following night when I was able to talk to a young Serbian officer they had captured during battle a few days before. He was soon to be exchanged for Bosnian prisoners. I offered him some cigarettes and asked him why he looked so depressed.

“Our commanding officers at the headquarters don’t know what we are up against,” he told me. “I don’t fear facing Bosnians in the battlefield for they and I fight to live. However, I am not prepared to face those men in black who fight to die.”

At first he spoke hesitantly, looking from side to side, fearful that he might be overheard by some of the mujahedeen. His hand shook as he gripped his cigarette and, although it was cold, he was sweating.

But as we talked – and smoked – some more, he began to relax.

“The chance of getting out of combat with a Bosnian alive is reasonable,” he continued. “But it’s almost nil while fighting those lunatics who want to seize martyrdom.”

I later asked Abu Al Walid about what the young Serbian officer had told me. Again, he smiled. “We are here to support those repressed humans. It would be great if we played a part in achieving victory and stayed alive,” he said. “But if we die, even better, for in this case we will get the grand prize – martyrdom, the long-awaited freedom.”

Abu Al Walid and his men searched for their freedom on the battlefield, I concluded, because they saw no peaceful avenue available to them through which to pursue it.