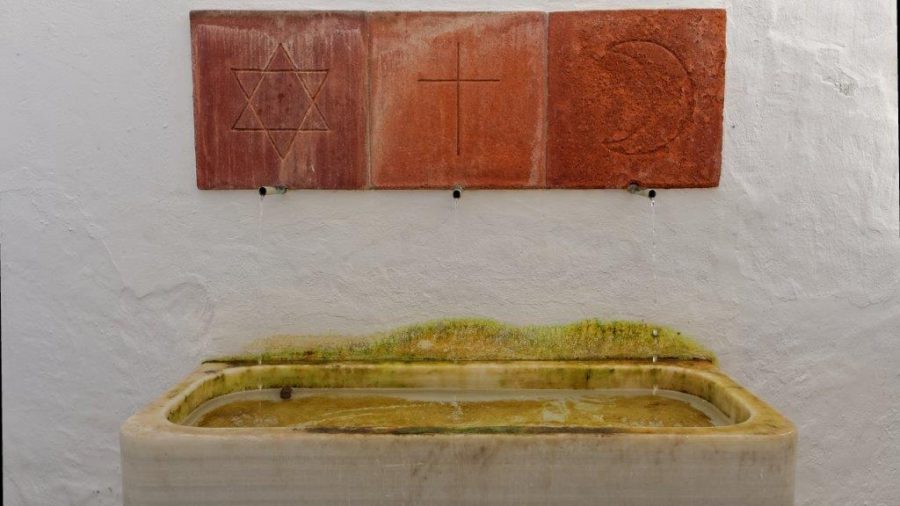 Most all Muslims know this verse by heart. If this is the case then why do some react violently when others insult their faith? Could it be because of misinterpretation? While possible, this is unlikely as the verses are quite clear.
For a number of years, I lived side by side with men who many would refer to as Muslim extremists, mostly Arab Egyptians who resided in other parts of the world. We engaged in various topics including how we should react to those who insult Islam, God, or his prophet Mohamed. Whether they were Muslim non-believers, followers of other faiths, or secular, that was not the issue, but rather the blasphemy committed. Many felt that if open discussions would not guide the ‘blasphemous back to the righteous path’, they should be dealt with physically. While their response troubled me, I also considered their environment and harsh conditions as I met these men while on assignment in war zones in Bosnia, Afghanistan and Chechnya. It was an assignment for me, yet a way of life for them. It was obvious their answers were influenced by unbelievable levels of violence and oppression they were facing. Even though these Muslims were not born this way, they were made to be extremists, in spite of the fact that verses in the Quran are crystal clear in prohibiting violence towards others who insult their faith.

Another common mistake among some Muslims, and almost all westerners, is in defining the word “terrorism” which is translated in Arabic as “Erhab”. Yet in the Arabic language as well as in the Quran, the definitive meaning of this word is deterrence. In international relations as in Islam, deterrence doesn’t stipulate the actual use of force. This is why the Quran instructs Muslims to exercise restraint when there is the need to use physical force, as it is the best way to maintain peace and deter enemies from attacking.

Moreover, the Quran forbids Muslims from participating in war except in specific cases: in self-defense, when oppressed humans are in need of aid, and/or in situations where signatory parties are violating a peace treaty in preparation of an attack. However, when these circumstances cease to exist, preparations for war, or war itself, should cease immediately. In cases where Muslims had to enter a state of war, there are specific guidelines that are to be followed: a surprise attack on the enemy is forbidden, a clear declaration of war should be made, and if the enemy opted for peace, Muslims are bound by faith to immediately stop hostilities if fighting has already started.

One might wonder, why such taboos on harming men and Houses of God of all faiths. The answer is in the Quran in which God describes Christians as being the closest to the hearts of Muslims, and in other parts of the Quran describing both Jews and Christians as the Custodians of the covenant and scripture:

“Thou wilt find the nearest in friendship and love to the Muslim believers to be those who say, we are Christians. That is because there are priests and monks among them and because they are not proud,” Chapter Al-Maeda, verse 82.

And for someone who might wonder why such taboos on killing noncombatants, or even soldiers who lay down their arms, the answer is also in verses within the Quran, where God addresses Jews:

“Because of this did we ordain unto the children of Israel (Jews) that if anyone slays a human being unless it be in punishment for murder or for spreading corruption on earth, it shall be as though he had slain all mankind; whereas, if anyone saves a life, it shall be as if he had saved the lives of all mankind,” Chapter Al-Ma’idah.

Violence it is not inherent to Islam any more than Christianity or Judaism. I was once invited by a friend to attend a church service devoted to attracting young Christians back to God. The minister not only preached about Christianity being the most valid religion, he justified his statement by referring to Islam as a faith that incites violence. Although not a strict Muslim, I later reminded the minister of the Christian Europeans’ violent history against Muslims. I concluded by saying that “as a Muslim, I believe all religions are valid, yet I do not believe this to be true for all their followers.” It was not Christianity that justified apartheid in South Africa, yet many white people used the Dutch reformed Church as their source of justification. It was not Christianity that justified the black South Africans to respond by violence, rather it was oppression. It was not Judaism which drove Jews to be violent against Arabs in Palestine, rather it was a long history of being oppressed and persecuted by the west.

Muslims are not any less equal than others. As humans, you cannot subject them to oppression either directly, or indirectly by imposing on them local tyrants who murder, torture and ruin their lives without expecting some to respond, even as those who lose their minds and commit heinous crimes as those involved in the Charlie Hebdo incident. As we condemn these shameful crimes and criminals, we must also consider the root cause, the real reasons for their twisted minds.

As a moderate, liberal Muslim I absolutely believe in what St. Augustine said, even though it was altered and attributed wrongly to Buddha: “to hate is like drinking poison and expecting the other person to die.” I believe the time has come for all of us to stop drinking the poison.