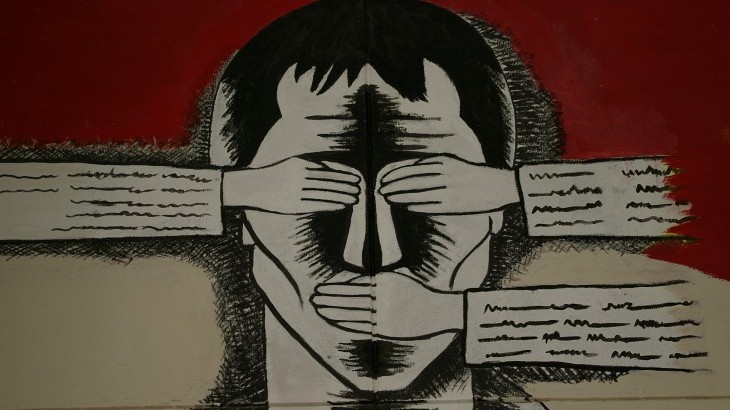 As an Egyptian African, I am all too aware of this crime, which has been repeatedly committed for hundreds of years; unfortunately, I’ve been unlucky enough to see it happen several times in my life. The name circumcision is very deceiving for it relates this crime to a pan religions ritual restricted for males in an attempt to make a holy cover for a totally un-divine crime.

Female genital mutilation, or female genital cutting, are the appropriate words that describe this crime, which involves the ritual removal of some or all of the external female genitalia. The crime is heinous, yet what is more diabolical is that the societies where this ‘ritual’ is common, there is approval by all parties involved. You think that’s terrible? What’s worse is that  all parties involved are proud of this act, and actually speak of the pride they feel from  torturing young girls, many who are only a few months old, which destroys them both psychologically and physically, not to mention depriving them of their God given right to have sexual pleasure.

FMG is common in 27 African countries, from Egypt up in the north down to the Horn of Africa including Ethiopia, Eretria, Somalia, Djibouti, Sudan and stretches west to Nigeria on the Atlantic coast. It is also common in parts of Asia including Yemen in the Eastern southern corner of Arabia up to the Northern Kurdish part of Iraq. The same crime is being committed by many expats of these countries living in Diaspora. The age at which FMG is conducted varies from a few days after birth to puberty; in half the countries for which national figures are available, most girls are cut before the age of five.

Besides, depriving the girl of any sexual pleasure, sex itself, in most cases, is like torture, extremely painful the first time, and eventually the female body becomes senseless. Further, there are negative health consequences including serious and recurrent infections, chronic pain, cysts, inability to conceive, serious complications during childbirth and fatal bleeding. In other words, it is a crime committed in cold blood.

The practice is rooted in gender inequality, control of women’s sexuality and ideas about purity. That is why in the North Arab part of Africa and in some parts of the Horn of Africa they name the procedure “Tohour” which is Arabic and Swahili for purity, and to purify. In reality, it is far from purifying; it is desecrating and maiming both body and soul.

Statistics from 29 countries out of those practicing such barbaric procedures indicate that 130 million girls were genitally mutilated from 2005 to 2012 of which 20% were completely infibulated. In 2012 the United Nations General Assembly recognized FGM as a human-rights violation; this is late in coming, yet better late than never. Most of the countries where this practice is common have in recent years either outlawed or restricted the practice. Yet, the enforcement of such laws and regulations are very relaxed, to the extent that people still perform these atrocious acts and continue to brag about it.

One of the oldest campaigns against FGM has been in Egypt. The campaign started in the early 1970’s, however it was never accompanied by serious laws to restrict the phenomenon, let alone to stop it. The victims had to wait for generations until the government passed a law that didn’t criminalize the procedure; in reality it came only as an appeal for citizens to refrain from such action. The serious lack of legislation to stop this heinous crime is the reason why a 40 year media campaign against this phenomenon resulted in only a marginal decrease.  The latest government estimates for 2015 indicate that 56% of females from only a few days old to 19 years old will be subjected to FGM, 39% from urban cities and 65% from the countryside.

When you speak with officials in some of the countries, especially in North Africa and definitely in Egypt, they say they are still working on it. Or a typical response: “We now require the procedure to be done by a medical doctor …but only in certain cases” they add. So, instead of criminalizing the procedure, they made doctors, who are supposed to save and protect bodies, accessories to the crime, all under allegations of trying to provide healthy conditions to prevent complications. Well, thank you very much; we can now avoid complications because of practitioner’s usage of unsterile and primitive tools, but what about the deformities and the disabilities caused by the action itself?

The law in most of these countries stipulates a punishment for anyone who has tried to commit suicide. And the reasoning behind this is religious which you may or may not agree with. The reasoning is that you abused, or tried to abuse, a body that is not yours, for it belongs to God. If I agree with the reasoning of punishing people who attempt suicide, then by the same token there must be a stern punishment for anyone who attempts, or proceeds to desecrate and mutilate girl’s bodies, and to face a harsher penalty if the girl is underage.

Do you think this is the worst part of the tragedy? If you do, make no mistake, it isn’t. The strangest and the scariest part of this crime is that it receives broader support from women than from men.  First, medical practioners who perform the procedure are normally women.  Also, mothers and grandmothers within the communities that continue this ritual are the most zealous to have their girls cut.

The world should be educated of this systematic ongoing crime. It is not enough, though highly appreciated, to confine this to some of specialized UN agencies and some NGOs. All people must learn more about the agonies of these young girls, being chopped up genitally under religious allegations, when in reality it is all about controlling women, even by deforming her body and sometimes sacrificing her life. We need avid psychologists and psychiatrists to analyze the psyche of the mothers and grandmothers who are the staunchest supporters of repeating what befell them to their own children.