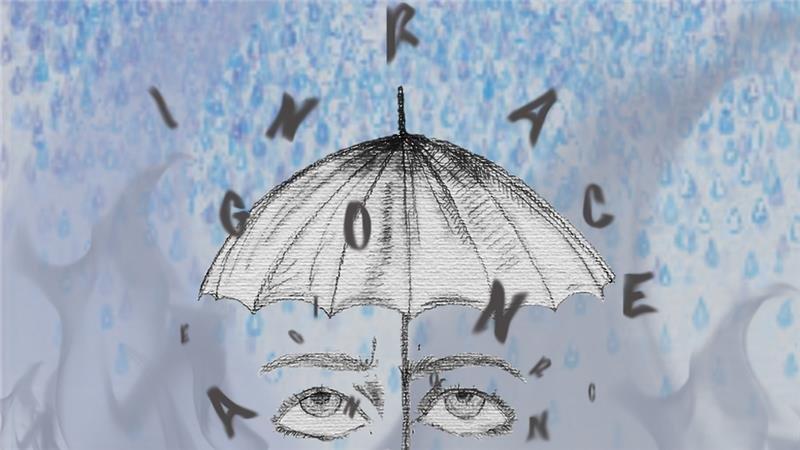 How the US became the enemy of the Mujahedeen and how, in the process, both walked into cages constructed of ignorance.

In the sixth installment of Chronicle of a caged journalist, Egyptian war correspondent Yehia Ghanem asks how the Mujahedeen and the Americans came to view each other as enemies.

Plato once said: “Only the dead see the end of war.”

Having covered multiple conflicts on three continents over 19 years, I certainly concur.

I have met and interviewed many Mujahedeen in different war-stricken countries. Plenty of them were people the West might call “terrorists”. But none of them were characters I’d recognise from an academic report, policy paper or movie on the topic. From Afghanistan to Bosnia, I have spoken at length to these people – hearing about their lives and motivations, the places from which they came and the causes for which they fought.

But what has struck me most about the many participants in these wars is the extent to which they are caged.

Some have entered their cages willingly; others under force. There are those who cage each other and those who cage themselves. And their cages can take so many varying forms – mental, emotional and physical – with one type often leading to another.

But in almost all instances, the hardest cages from which to break free are those constructed of ignorance.

And what applies to individuals applies all the more to countries. Just as people sometimes create their own enemies, so too do states – forging veritable Frankenstein monsters along the way.

As the war between the Soviet Union and Afghanistan ended, the Arab Mujahedeen – mostly Egyptian – who had gone to fight there followed one of three paths:

Many returned to their home countries to continue their campaigns against their own dictators. Others moved on to another war – joining the Bosnians in their fight against the Serbs. And some stayed where they were – supporting one Afghan group against another as conflict seeped deeper into that society.

Among those who took their fight back home with them, a critical shift in thinking was beginning to take place.

During the 1960s and 1970s, their enemy had been Arab dictators in their own country. In the 1980s, it was the Soviets – opposition to which, ironically, united the Mujahedeen and their governments. But at the beginning of the 1990s, their anger started to shift towards the US, the country they considered to be the sponsor of their brutal rulers.

For a while, these Mujahedeen were split. Those who had gone to Bosnia had only limited reservations about American intentions in the Arab world, while those who had stayed in Afghanistan were primarily concerned with the threat posed there by the vestiges of the communist government. They had never considered the US to be their enemy and as I was told by many of the top Taliban officials I spoke to: “We have no issue with the US – unless they have an issue with us.”

But for the Mujahedeen who had returned to Egypt, things were different.

Although the US had no imperial legacy in the Arab world in the strict sense of the term, the returning Mujahedeen were able to access a body of literature – written, most often, by leftists, socialists and Nasserites, supporters of the late Egyptian President Gamal Abdel Nasser’s pan-Arab nationalism – that connected the US to the history of European imperialism in the Arab world.

This literature created a false impression that offered greater weight and conviction to their growing frustrations with the role played by Washington in propping up their Arab oppressors.

And so it was that as the US began to paint the Taliban in Afghanistan as their enemy – although, at that time, the feeling was far from reciprocated – many of the foreign fighters who’d returned from Afghanistan began to craft an ultimate enemy in the form of the US.

Both had walked into cages of ignorance in which they would remain trapped – with far-reaching and devastating consequences ….

Chronicle of a caged journalist: Afghanistan: a crossroads for US-Arab relations