Tag: Organization for Security and Cooperation 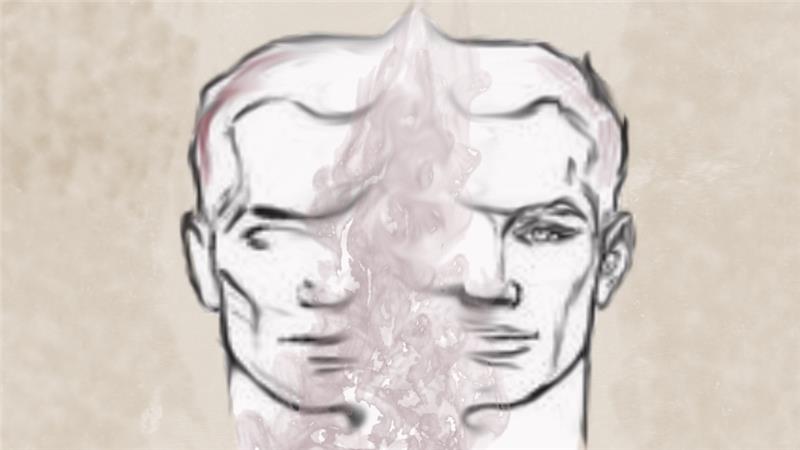 ‘When I was told to oversee the first post-war elections in Bosnia, it made me hunger even more for democracy in Egypt.’

Egyptian war correspondent Yehia Ghanem continues his series of short stories on the wars he has covered and the people he has met along the way. Here he recalls the time he was assigned to be an election observer – despite never having voted in an election himself. Read the rest of the series, Caged, here.

Over the years, I lost touch with Mordechai, the bold young Israeli boy I’d met in Haifa in 1994, but I stayed in touch with Mohamed, the 12-year-old Egyptian who had visited me, along with his friends, at the downtown Cairo office of Al-Ahram newspaper in 1993.

In 1999, I was assigned to be a roving war correspondent in Sub-Saharan Africa. I established my base in Johannesburg, South Africa, and from there traveled to the Democratic Republic of Congo, where I reported from the front lines of the long and ruthless war raging there and in neighboring Rwanda

When away from Egypt, I barely communicated with Mohamed, but I would contact him whenever I returned to Cairo on vacation. I watched him grow from childhood to adulthood, all too quickly. He maintained his interest in war reporting, discussing with me my efforts to unmask the ugly face of war, or, as he liked to put it, “the ultimate manifestation of human disrespect of one another”.

When I finally returned to Cairo on a more permanent basis to take up an editorial post at the newspaper, he wasn’t pleased. “Yes, I’m very happy to be able to see you more often,” he said, “but the world still needs you out there to report on the agonies of those being consumed by evil men’s lust for war”.

I smiled and told him: “Mohamed, when we first met I was in my 20s, almost the same age as you are now. I’m getting too old for this violent job and I should now leave it to my younger colleagues.”

I remember him moving his handsome head slowly from side to side to indicate that he wasn’t convinced.

“Do you think I am for ever young?” I once asked him. “Look at yourself in the mirror and remember how young you were when we first met.”

Sometimes I wondered whether one of the many things that endeared me to Mohamed was the fact that he somehow always made me feel young.

It was with his encouragement that I took short but dangerous assignments every now and again, particularly to my beloved Afghanistan between 2006 and 2010.

During those years Mohamed finished his university studies, graduated with a degree in civil engineering and accepted a position as an engineer at a private construction company. I felt as proud of him as I did of my own son. And I longed for an Egyptian leader with his qualities – his sense of patriotism, integrity and sincerity.

A birthday in Kabul

On November 9, 2010, I celebrated my birthday in Kabul, Afghanistan. I was there on a three-week assignment, but it felt like three years. I was reporting on what seemed to be a bleak future for Afghanistan, but my mind was preoccupied with thoughts of the dangerous and uncertain future that seemed to be awaiting my own country.

During my stay, I interviewed Afghanistan’s leaders about the state of their country under a foreign military occupation. But each night, when I returned to my hotel room to transcribe my interviews, I wondered how I could ask all these questions of others when my own country languished in similar circumstances. Even my own voice sounded foreign to me as I heard it back, discussing the impact of corruption in Afghanistan. All the while, I thought about what was happening back in Egypt.

In the days after I returned from Afghanistan, I busied myself writing articles about my own country. Egypt’s parliamentary elections were only weeks away – not that I would vote in them; I never had. Like millions of other Egyptians, I refrained from voting, refusing to participate in such a farce.

I recalled an event that had taken place years earlier, in the months after the Bosnian war had ended in 1996. I was informed by the Egyptian Ministry of Foreign Affairs that the Organization for Security and Cooperation in Europe had recruited me to serve as an international observer for the first post-war elections in Bosnia.

Although I understood why they had done so – I was familiar with the geopolitical map of the country and they wanted to ensure that there were some Muslims on the team – I was petrified at the prospect. How could I oversee something I had never participated in?

I tried my best to make myself unavailable for the mission, but it was in vain. Egypt’s assistant foreign minister was relentless in stressing the importance of my being there.

I finally had to tell him the truth: that I knew nothing of the culture of free elections.

The man recognised my dilemma. I suspected that he shared it as he had most probably never voted either. We both felt trapped in a cage of ignorance, unfamiliar with this core component of the democratic process.

“We want you [Egypt] to be part of this event, and since you are supposed to be there weeks prior to the elections it’s best that you attend, simply listen and watch,” he told me. “By doing so, you will learn about the process of free elections, and then be more able to observe them.”

I agreed. For a month I observed the pre-election campaigns and the voting process. It was an experience that made me long even more for a democratic culture in my own country.